How the Dot-Com Bubble Compares to Bitcoin

There’s no doubt that, at this point, Bitcoin is the most well-known cryptocurrency in the world. Because of that, it has attracted a substantial amount of coverage over its 11+ years of existence—both negative and positive. 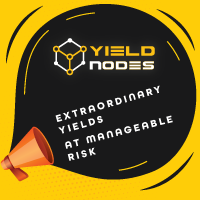 In a previous article, we’ve covered how Bitcoin is already past Dutch Tulip Mania. In this article, we’ll be going over Bitcoin’s comparisons with a different bubble—the dot-com bubble.

What is the dotcom bubble?

Compared to Dutch Tulip Mania, which rose and fell in the 1600s, the dot-com bubble saw its demise in the early 2000s.

Also known as the Internet bubble, the dotcom bubble was a frenzy in the late 1990s in which technology stocks saw a rapid rise in value on the market. During this bull market, investors flocked to put their money into internet-based companies, hoping to profit.

Why did the value of technology stocks rise? A lot of newly created website stocks were created and listed on NASDAQ, the central stock exchange for technology-based assets. As these new website startups started getting more capital (even without turning a profit yet), investors began to think that earnings from these sites were inevitable. Because of that, many profit-less internet-based stocks were starting to see really high values on the market. Once investors figured out that there was no money to make, the attitude turned quickly from buy to panic sell.

Reasons behind the Dotcom pop

The first factor is that the metrics used at the time did not take cash flow into account. During that time, a lot of investors were looking at many aspects of individual businesses. However, analysts often overlooked how these businesses were going to generate their revenue.

The second factor is that analysts often overvalued stocks. Because analysts were focusing on unnecessary metrics, they made use of high multipliers and formulas in valuing Internet companies. As we know now, these resulted in unrealistic and overly optimistic values. Unfortunately, the warnings from their more conservative counterparts were drowned out by the community’s overwhelming hype.

When we talked about the comparisons between Bitcoin and Dutch Tulip Mania, the differences were more obvious—one was about flowers and their status symbol, and one was about a peer-to-peer cash electronic system.

However, this isn’t the same case. The dotcom bubble has more in common with Bitcoin than you think. First of all, they’re both tech-based investments. Second, at that time, Dotcom stocks may have been just as volatile as cryptocurrency prices now. Lastly, they were both new tech at the time—and most of the time, new tech has the tendency to be regarded as a bubble.

At the same time, the two have their differences. The process of evaluating these assets are totally different now—2020 is not 2000. The terms of the game have changed, and investors have learned from the dotcom bubble.

Because Bitcoin (and cryptocurrencies in general) has a lot in common with the assets from the dotcom bubble era, many people see the same red flags, but we believe that…

Bitcoin is here to stay

We believe that Bitcoin is here to stay because people value Bitcoin —and no, not just in the financial sense, but also in the sense that Bitcoin has proved itself to have many real-use case applications.

Bitcoin has become a real-world example of money that doesn’t belong to a specific government or country—it belongs to the people of the world. That means it allows people to participate in transactions that they would have otherwise been disqualified from. It gives people a new and more cost-efficient means of cross-border payments, sending remittances, and wealth preservation, to name a few.

Many people fear Bitcoin as a bubble because of the same red flags that it shares with the stocks found on NASDAQ in the late 1990s/early 2000s—mainly the volatility of the prices. Yes, Bitcoin’s prices are volatile, but the real-world applications nullify the price as a whole.

With that being said, the answer to the question “is Bitcoin a bubble?” simply cannot be a firm “yes” or a cold “no.” There are many factors (including time) to consider before anyone finds a real answer to that.

We’re playing a whole new game now, but that doesn’t mean there isn’t anything to learn from the players and games that came before us. We believe that digital assets like Bitcoin (as well as their underlying technology) can be the future, but it would be a mistake to not look at what went wrong during the era of the dotcom bubble.